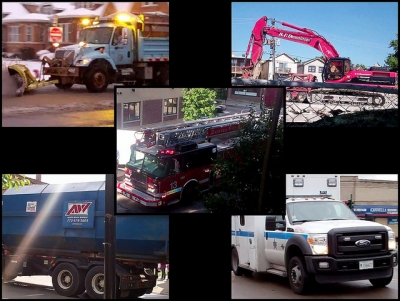 It’s sad but true. We’re living in a time of increasing numbers of mass shootings, massacres and terror attacks. More Americans than ever agree that the best protection from this kind of violence is to legally arm ourselves and be aware of our surroundings. In these challenging times, the best defense is a good offense and who better to assist our first responders than the hard working men and women of the waste management industry who are daily serving our communities.

Partners For A Safer America

As the safest communities have learned, partnerships between law enforcement officers and the public in crime prevention are the most effective ways of stopping criminals. Who better to help prevent crime than our very own sanitation workers? They are the workforce who are already in our neighborhoods and communities every day keeping us safe and clean. Garbage men provide extra eyes for police officers and know when something’s out of the ordinary. By legally having a firearm they can protect themselves as well as the innocent in an emergency.

In the wake of the recent San Bernardino, California mass shooting, NBC Los Angeles reportedon the call from Ulster County New York Sheriff Paul Van Blarcum for Americans to exercise their rights to protect themselves and others at times of crisis. “I urge you to responsibly take advantage of your legal right to carry a firearm,” Sheriff Paul Van Blarcum, a Democrat, wrote on the department’s Facebook page less than 24 hours after 14 people were shot dead in San Bernardino. “I’m not trying to drum up a militia of any sort,” Van Blarcum told The Associated Press on Thursday. “It’s just a reminder that if you want to, you have a right to carry it. It might come in handy. It’s better to have it than not have it. We’re partners with the public in crime prevention.” The more legally armed good guys out there when a crisis occurs, the safer we all will be.

Sanitation Workers Watching Out For Safety

Each day the men and women of the sanitation industry are keeping our communities clean and watching out for our safety but there is more that can be done. There are 5 times the number of garbage trucks daily on the road than police cars. Through strong partnerships between local sanitation workers and first responders these trucks can become extensions of the police in serving our communities. When a local garbage man or woman sees something out of the ordinary on their regular route, they can alert police or fire departments. So often it’s these workers that find themselves first on the scene of an accident or emergency.

Likewise, local law enforcement and first responders can utilize sanitation workers as their eyes, ears and partners in times of need. When an Amber Alert is issued for a missing child or a Silver Alert for a missing adult with Alzheimers or Dementia, think of the positive impact from having all those extra eyes looking in the community if local sanitation workers can be quickly alerted.

What Should You Do Now

If you are in the waste management industry and you are wondering what you can do to better help your local first responders and keep your community safe, here are some ideas to get started:

Tell us your ideas for how you can help on Facebook

Get an Easy Quote 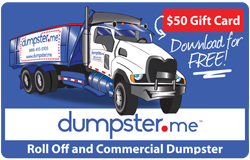 Go To AW Waste of Canada